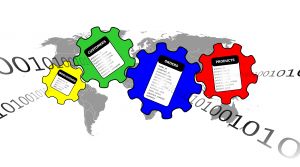 What is Micro Focus Cobol? According to Wikipedia COBOL is one of the most ancient programming languages. Its name comes from the words COmmon Business-Oriented Language, a definition for its main use in finance and other businesses, as well as in systems of administration for governments and companies.  Its date of birth is18th of September 1959.

A bit of history of Cobol

In the second part of that year, a team consisting of several researchers coming from different sectors of the private industry but also from the government and educational departments got together with the purpose of creating a different technical approach to a common business language. 3 government agencies joined the battle, among which there was also the US Air Force . There were 6 computers manufactures, users, on one hand, and the University of Pennsylvania Computing Center on the other hand.

A year later, the first compilers for COBOL were implemented on two different computers, demonstrating that compatibility is possible. And that was only the beginning. Today, after 40 years, Cobol is a programming the language dedicated to stable applications for businesses, while MF Cobol is the power engine behind the modern Cobol. The engineers continued to move forward to meet users’ demands. They were there when tools such as Visual Cobol was born, so that Cobol applications is able to run on JVM, Linux or Windows.

Micro focus COBOL has been the dominant programming language in the business domain. Around the year 2000,  the company estimated that there were about 300 billion lines of computer code in use in the world and 240 billion lines were in COBOL . Cobol programmers number has increased due to these facts, to over two million world-wide compared to 1 million Java programmers and one million C++ programmers.

MF Cobol is the engine that powers modern business and finance applications worldwide. COBOL is now used for millions and millions of transactions all over the world, every day.

Micro focus Cobol is used also in many military or governmental agencies as well as in many commercial units, using different operating systems.

Cobol is easy to be used. One of the goals for COBOL was to make it possible for supervisors, managers and users, to read and understand its code. COBOL contains verbs, clauses, sentences, sections and divisions from English language. This has made Micro Focus Cobol the most readable and understandable programming language in use. Comparing to Java or C++ , Cobol uses a simple language and style. That’s why, the Cobol programs are less sophisticated on data structures or algorithms.

COBOL applications are used in areas of business. Over 95% of finance–insurance data is processed with COBOL, because it can deal with enormous amount of data. It’s simple even when you want to move a micro focus cobol into a new machine and the perfectly trained programmers know what to do to accommodate any changes.

← Prev: Legacy Modernization - What? When? And Above All, Why? Next: When In Need, Try Software Development Industry →